Located about a half mile off the Humboldt-Gibson Wells Road in what is known as the Enterprise Community. It is located not to far from the farm owned by George Irvin Cooper. The current owner of the farm that the cemetery is on is a Brown. Coming from Humboldt take the field road at the second curve. The field road is chained off now. The cemetery is down this road. When you get to the west end of this road turn right and continue up the hill a short distance and the cemetery is marked with orange flag tape.

The early owner of this property was Andrew McLeary, for which the cemetery is named.  Probably the first Presbyterian Church in the western district and the first in Gibson County was organized here in 1825 and 1826. This church was moved a short time later to what is known as Old Shiloh.  It is now known as the Fruitland Presbyterian Church.

John C. Gillespie is buried here and is a founder of the church and is also one of the founding citizens of Humboldt. Mr. Gillespie was the first postmaster, first railroad agent, and 3rd mayor of Humboldt. He also owned either the first or second store in the town. The Temperence Road once ran by the cemetery and Mr. Gillespie lived on this road and would not let any misbehaving youngsters or drunks travel the road. He was a strong supporter of the Temperence Movement, which was against drinking.

John Osborne is also buried here and he ran the "Osborne House" at the "Crossing" in Humboldt. This was a hotel built at the crossing of the Mobile and Ohio Railroad and the Memphis and Ohio Railroad (later known as L&N R.R.)in about 1858.  He also owned a quite large piece of land which he sold lots from. This became known as the Osborne Addition to Humboldt. Shortly after the war the family went to Texas.

Jane Gillespie, wife of John C. Gillespie Died October 17, 1866 Aged 60 years, 18 days (in my updating this cemetery in Feb. 2000, this stone is now missing, only her footstone remains)

(Note: This man is a Negro. I found him in the 1870 census and his stone was found near the entrance of the cemetery leaned against a tree. It is in the Negro section of the cemetery as well. It was found in early March  2000.) 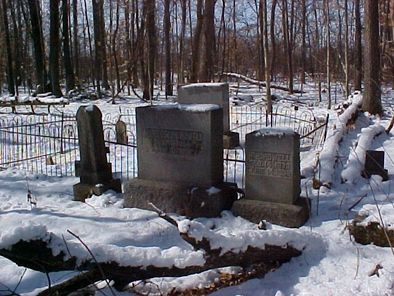 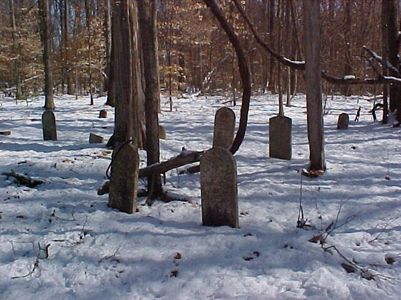