David M. Brandenburg. Responsible for bringing Strawberries to West TN. He is buried in Gadsden.
[From "The Goodspeed Publishing Company", Originally published in 1886]
​
David M. Brandenburg, horticulturist and farmer, is a son of David and Catherine (Routzahn) Brandenburg, and was born in Maryland in 1840 and is one of twelve children, eight of whom are living. The parents were born in Maryland about 1796, and died in 1882 and 1884, father and mother respectively. Our subject was educated at Middletown, Md., and April 8, 1864, joined Company L, First Maryland Cavalry, and participated in the battles of Cedar Creek, Harper's Ferry, New Creek, and several sharp skirmishes, and served until the final surrender. He returned home in July, 1865, and resumed farming. In August, 1867, he married Catharine, daughter of John and Catherine Horine, of Maryland. They became the parents of six children: Minnie O., Bell, Deal, Bessie and Sadie (twins), and an infant. Soon after his marriage Mr. Brandenburg removed to Illinois, and then came to Gadsden and engaged in horticulture, the same having become a great enterprise in Crockett County. He is the owner of 256 acres of land, 160 acres comprising the home farm. He is a stanch Republican in politics, and his first presidential vote was cast for Abraham Lincoln. He belongs to the I.O.O.F. and the Methodist Episcopal Church South. 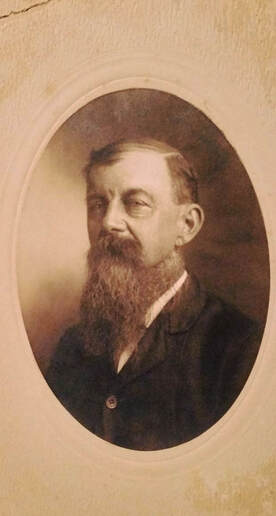